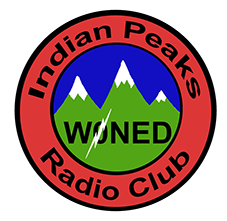 IPRC Board Of Directors

I have been a licensed ham for about three years now, but I have been playing with radios and electronics most of my life.  Growing up in Rural New Mexico, Citizens Band (CB) radios were the cellphones of that era and that location.  Radios were the way that we communicated with all of our friends and family in the area, and coordinated all of our recreational activities and weekend events.  I also used radios a lot through my volunteer involvement with the Civil Air Patrol and other military (USAF) auxiliary organizations.  That experience installing, using, and tinkering with radios was a huge influence in my decision to pursue an electronics engineering degree.  Decades later, I still very much enjoy tinkering with radios, antenna, and communications gear.  Living in a canyon in the Colorado mountains, cell phone service is limited where I live, and usually non-existent where I often find myself exploring and enjoying the Colorado backcountry with my family.  Ham radio lets us stay in contact and better prepared for emergencies.  As a volunteer firefighter and member of ARES, the Colorado Emergency Reporting Network (CERN), and Colorado 4x4 Rescue and Recovery, I fully appreciate the need for good communications both when working and playing I have been involved with the IPRC for about 3 years now, and I am very proud to have been elected to serve the club as Vice President and now President. My email is charley@indianpeaksradioclub.org 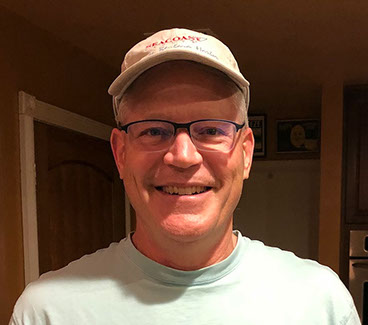 John Adler (KD6CFW) has been a Ham since ~1992, and before that he was using HF to communicate while on Antarctica when serving in the US Navy. Elsewhere in time, he worked with UHF and EHF communications satellites, and studied ionospheric effects. A traveler and tinkerer by nature, John has been to all 7 continents & both Poles, utilizing various gizmos and gadgets. He loves all electronic devices, from DC to infinity. John is currently the Trustee for the Indian Peaks Radio Club. 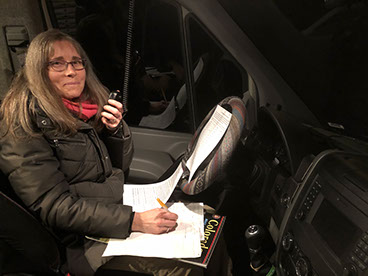 Diane Stanitski (KE0FHR) earned her Technician license in 2015 and was one of the original members of the Indian Peaks Radio Club (IPRC).  She has served as secretary of the club since 2018.  Diane works in NOAA's Global Monitoring Laboratory in Boulder.  As a climatologist by training, Diane loves all things weather and climate and became attracted to ham radio as a means of emergency communication during severe weather and other natural hazard events.  She enjoys hands-on activities and diving into the learning aspects of the hobby, and appreciates meeting ham radio operators in the area who care about their neighbors and communities.  She is proud to be a member of the IPRC!